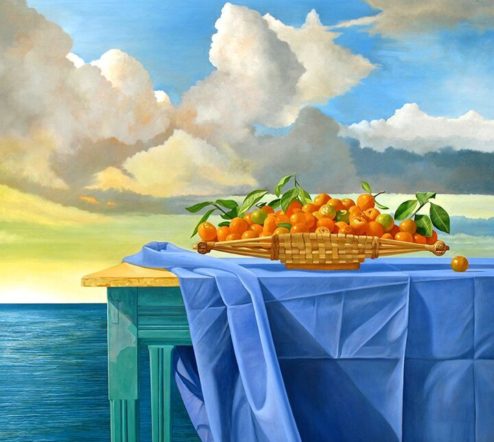 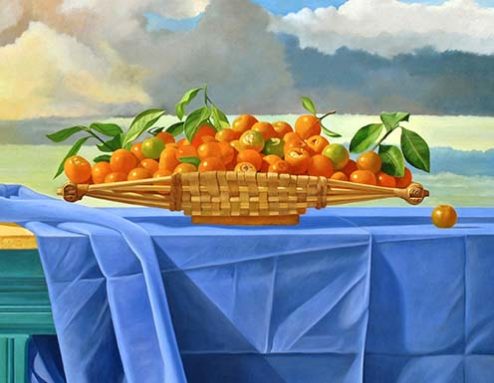 Edgar Soberón was born in Cienfuegos, Cuba, in 1962. In 1971 his family immigrated to Madrid, Spain to later establish permanent residence in New York City in 1973. From an early age Soberón’s artistic talent was recognized with numerous awards, his talent and dedication would eventually secure him a scholarship to study at Parsons School of Design in New York, where he graduated with honors in 1987.

During this formative period, Soberón was awarded a Brunschwig & Fils scholarship to study drawing, painting, and history of Art in Paris, France and Sienna, Italy through the Parsons study-abroad programs. It was during his studies in Europe that Soberón would experience a first-hand encounter with the grand tradition of European painting.

His focus in New York, until that point, had concentrated mainly on drawing and graphic arts, disciplines which had lead him to pursue an in-depth study of printmaking techniques. According to Soberón, these early printmaking experiences would prove invaluable in his training as an artist since they opened a full spectrum of possibilities in his approach to art making. Printmaking at Parsons during those years allowed for an interdisciplinary approach to art making, bringing together the various methods and techniques.

For Soberón this discipline provided a groundwork and link to traditions of the past, which he felt were lacking in his formal training. In conversation he has stated the following; “Everything I have done in my work has been guided and informed by the sensuous, tactile methodology of prints, with its careful adherence to process, surface and layers of drawing and color. It is a process which lies at the core of all image making”. Though his work has focused on painting over the last two decades, Soberon has always remained close to the tradition of printmaking returning to printmaking as a hiatus from painting.

These formal experiences and his studies abroad, would ultimately lead to his decision of pursuing fine art as a profession. On a trip to Spain in 1987, Soberón began to study the work of the Spanish masters of the Golden Age, spending many hours at the Prado Museum. He became particularly interested in the masters of the still life painting or Bodegones, in particular the works of Francisco de Zurbarán, Juan Sánchez Cotán and Juan van der Hamen y León, among others.

Soberón has stated numerous times that in these works he was able to establish a personal relationship with the art of the past and to better understand the grand tradition of Spanish painting. But most importantly in these austere, almost minimal compositions, he saw a link to modernity, which exercised for him a true fascination. Upon return to New York, he began to study traditional painting techniques more in-depth and also discover contemporary painters working in that tradition. In the work of contemporary realists the likes of Antonio Lopez Garcia, Claudio Bravo and later Julio Larraz, Soberon saw the possibility and inspiration for finding his own voice, while remaining active at the margins of the New York art world, with its endless parade of changing fashions.

In 2004 Soberón’s prints were selected for the exhibition, Newer Genres: Twenty Years of Rutgers Archives for Printmaking Studios, at the Jane Voorhees Zimmerli Museum of Art, New Brunswick, NJ. That same year his prints were acquired for the permanent collection of the Library of Congress, Prints and Photographs Division, in Washington, DC.

More recently, the Montgomery Museum of Fine Arts, Montgomery, Alabama, organized a comprehensive retrospective exhibition that brought together more than forty paintings and prints, which brought together work from the last ten tears. Movements in Stillness: The Still Life Paintings of Edgar Soberón, opened in October of 2009 through January of 2010, it was the artist’s first solo museum exhibition.

Soberón served as drawing and printmaking instructor at Parsons School of Design in New York from 1992 through 2002. In 1996 he was recognized with the distinguished Teaching Excellence Award by Parsons and the New School University for his outstanding contributions in the field of art education. After traveling to Mexico for a year on sabbatical, Soberon decided to relocate his studio and residence to central Mexico.
Since 2002 he lives and works in the town of San Miguel de Allende, Guanajuato, Mexico.