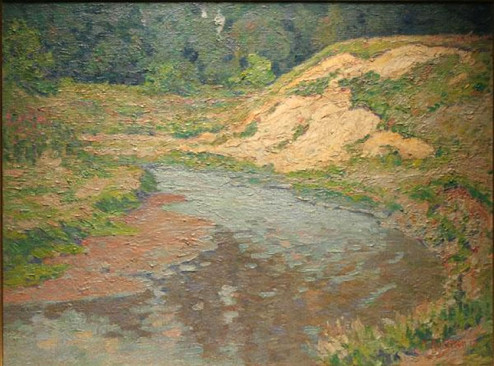 Born Martin Anderson in Peru, Indiana. He was the eldest son of a Danish railroad employee who died when Martinus was a young boy. To support his mother and two siblings, he had to leave high school and go to work in the local wool mills. His employment did not last long, however, as he was fired for drawing caricatures of his fellow employees. He left home at the age of seventeen and worked around the state, eventually ending up in Crawfordsville. He enrolled at Wabash College in 1902 in a program to complete his high school degree. During his year at Wabash, he designed dozens of covers and illustrations for The Wabash Magazine. Anderson’s artistic talent and caricature abilities made him popular with his fellow students and townsfolk. He caught the eye of local beauty and socialite Nellie McKee, whom he would marry in 1913. Anderson left Wabash after the 1902/1903 academic year and moved to Indianapolis. While working as an “artist illustrator” for the Indiana Electrotype Company, he began taking classes at the Heron School of Art in 1905. He soon began to exhibit with the Hoosier Group and by 1913 was winning acclaim for his landscape paintings.

Anderson’s painting style began to change after he took in the traveling exhibit of The Armory Show. His work, once firmly rooted in the en plein air tradition, began to take on the tenets of European Modernism. In 1915 he moved to New York City to pursue success in the changing art world.

Although his tenure in Indianapolis was brief, Anderson did leave an enduring mark on the city by painting a mural at the Indianapolis City Hospital during the summer of 1914. These murals survive to this day and can be viewed at Eskanazi Hospital in Indianapolis and Wabash College in Crawfordsville.

This biography is an abridged version of “Martin Andersen and the Hoosier Group of Artists” by Barry and Elizabeth Morton as published on askART.com