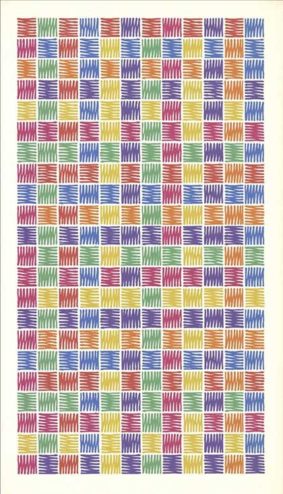 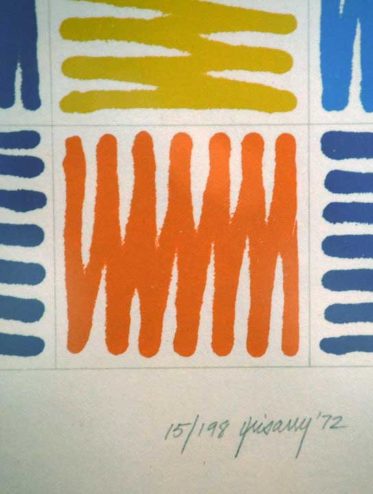 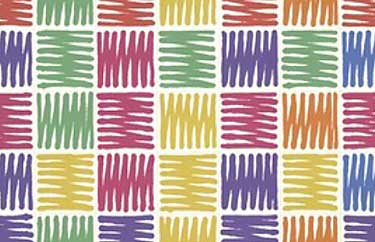 Yrisarry’s work is based in a linear response to the painting field. Working with a spray gun and stencils, he creates areas defined by sharp or hazy boundaries, depending on whether the stencil edge is clean or caked from over-spraying. A notch cut into the stencil edge adds organic variation and provides an index to the set of variations the stencil will perform: horizontal/diagonal, right/left, reversed/flipped, and continued/interrupted. Often the same stencil is used in different works, adding a tentative sense of continuity to diverse themes.

Many of Yrisarry’s paintings bear tiny pinpricks where the stencils were attached. Each work begins with a gridded field. The stencil (or stencils) are placed according to calculations corresponding to the artist’s perceptual analysis of alternative variations inherent in the grid. His mathematically generated compositions are capable of producing mysterious, asymmetrical arrangements of form: irregular divisions often surrounded by reservoirs of space space that, while inactive pictorially, allow the whole to breathe. The end result is crystalline structure not unlike that achieved by Lawrence Poons through a similar study of the grid. In contrast to the formalism of Poons’ activated fields, Yrisarry signals his divisions with classically mechanical boundaries that can take on a crevasse-like reading of planar separations. Yet the illusion is quickly undermined and dispelled by the clarity of the artist’s method of determining space—a speculative geometry of visual paradoxes and fascinating possibilities. It is this anti-formalist aspect of Ysissary’s work—his willingness to bring more possibilities into play—that not only distinguishes his work from his contemporaries, but also sets the rung higher.