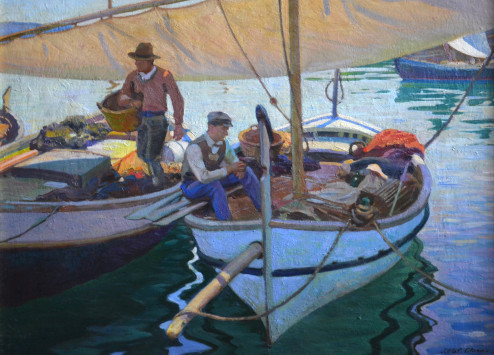 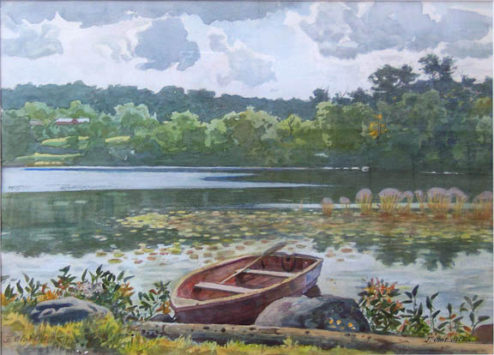 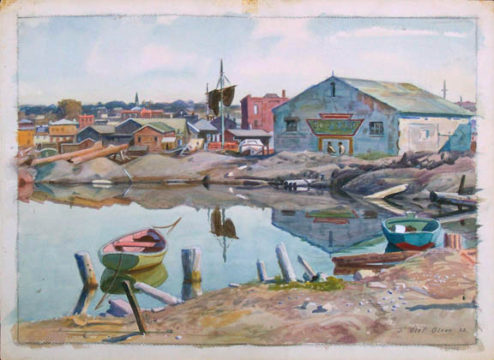 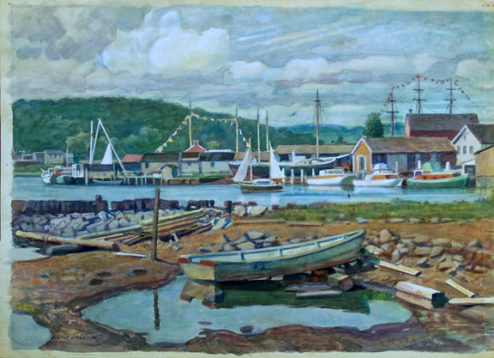 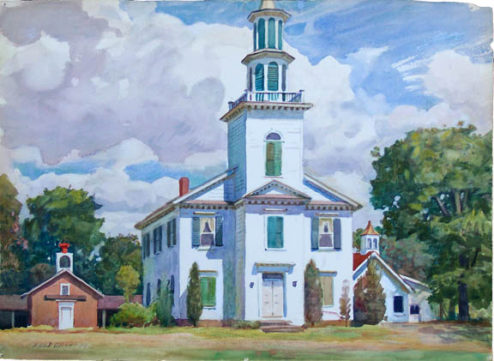 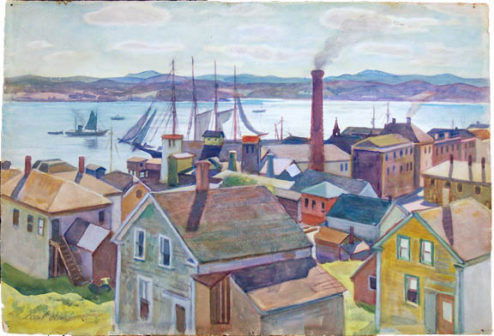 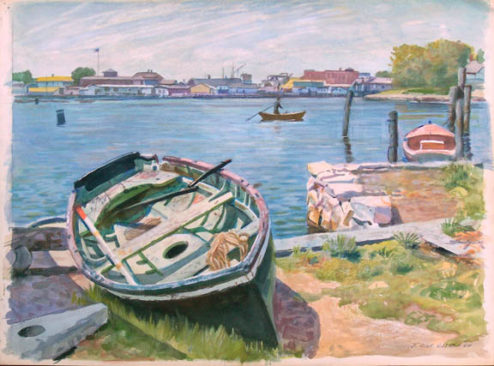 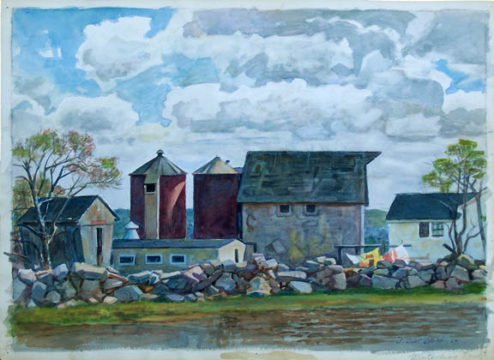 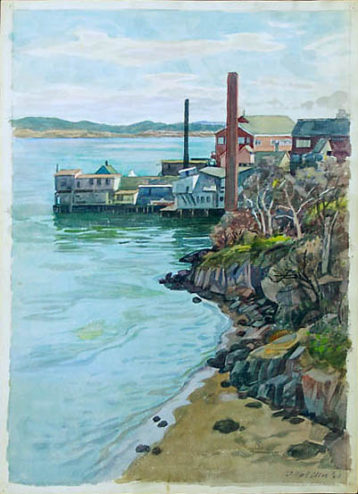 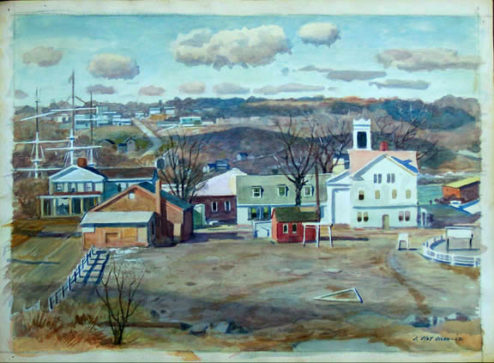 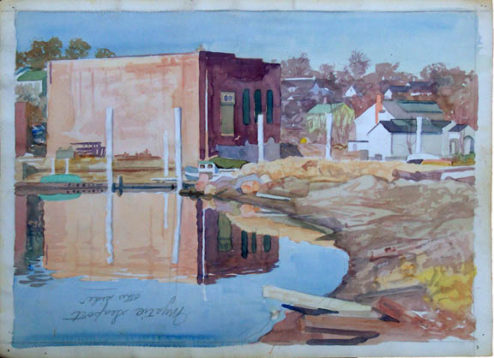 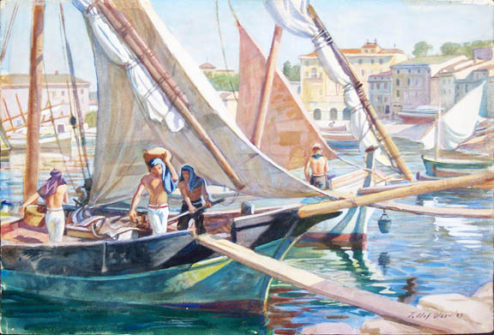 J. Olaf Olson studied with George Bellows and F. Tadema. He was a member of AWCS. Exhibited AWCS, 1936, 1938, 1939; known primarily for his watercolor landscapes, of venues all over the world. He did a series of watercolors to document the Mayan culture in South America for the US government. He was employed as a stained glass designer and has many pieces in churches across the US. J. Olaf is listed in Who’s Who in American Art and has a solid auction record. His work has increased in value exponentially over the past 20 years through private sales.

J. Olaf was born to a family with six siblings in Buffalo, Minnesota. When his father remarried, their stepmother punished them unceasingly. Three brothers including Olaf, who was 14 at the time, ran away to Canada. (He later created an important series of the Canadian Rockies.) The boys separated. Olaf painted his entire life. He survived the war painting camouflage on war ships. He met and married Grace in New York City, he an artist, she a musician. In 1938 he moved his family to Connecticut, but the unexpected hurricane daunted their hope of a safe life outside New York City.

This gallery owner has met Olaf’s two adult children, as well as his widow, Grace, who died a number of years ago. His son Bjorn left New York City permanently in the early 1990’s and spent his career as a consultant as a naval engineer. He now puts his attention on his own art. He is a sculptor and mixed media artist who shows his work in New York City and area museums and galleries. Bjorn and this gallery owner visit on occasion to review his work and to go for canoe rides on the lake at the house his father built in 1938.