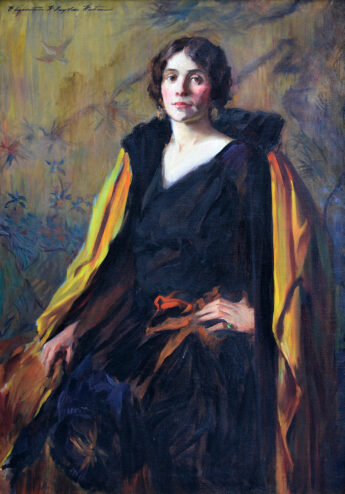 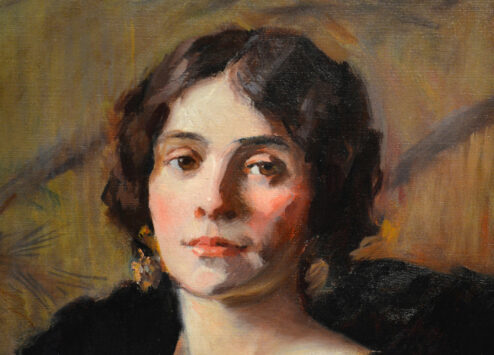 Elizabeth Vila Taylor Watson, a portrait painter, was often professionally referred to as E.V.T. Watson. She was born as Elizabeth Vila Taylor in Westfield, NJ. She died in 1949. She graduated from The Boston Museum of Fine Arts School, now called The School of the Museum Fine Arts, Boston. Elizabeth exhibited her paintings for 50 years in Boston.

Elizabeth was primarily known as a portrait painter, both full size and miniature. She moved to the Boston area with her parents and joined the ranks of the best Boston artists of the Boston School. She studied with Edmund Tarbell and Walter DeCamp and had a studio at Harcourt Studios, until it perished in a fire in 1904. Fenway Studio was built in 1905 as a result of the total loss of Harcourt. Watson was among the first few to commit to working at Fenway before it was completed and she continued there for the years that she flourished as a Boston painter.  Fenway is still in existence today, in its same role, providing residential artists’ studios. Fenway is most famous surviving Arts and Crafts architectural buildings in Boston.

After she married Albert Mortimer Watson, Elizabeth summered on Clarks Island off of the coast of Massachusetts. The island is owned by, in part by the Watsons. The rest of the year she was a resident of Fenway Studios. She was buried at Forest Hills Cemetery in Boston in her family mausoleum.