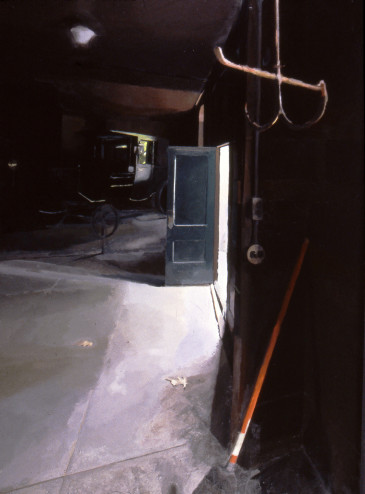 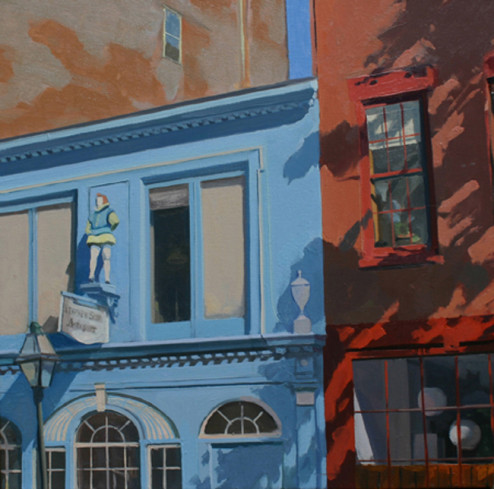 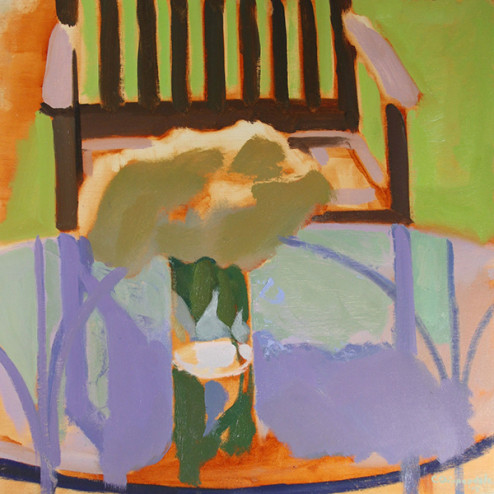 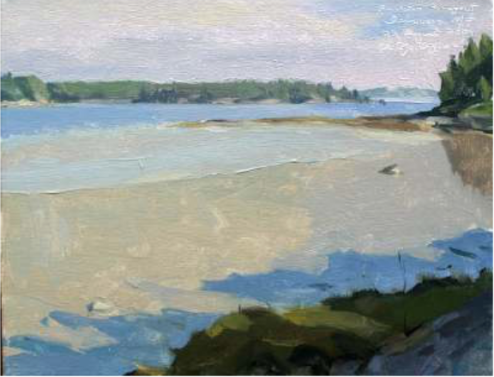 Chippendale works in a modernist tradition of perceptual inquiry and representation based upon the raw data of sight – the world as seen (and translated) as an arrangement of relational color/light sensations prior to the censorial, parsing role of knowledge. It is an approach to painting based more in finding that in making, in perception more than preconception. His paintings reflect an engagement not with the nameable world of objects and things, but with the less affable “abstract” world of changing conditions and relationships that he seeks truthfully to portray. Christopher Chippendale has a penchant for the challenge of painting scenes within darkness. This painting, The Carriage House, is an interior view of a cherished studio at that time. The setting is within the carriage house on the property of the Chestnut Hill home of Mary Baker Eddy, founder of the Church of Scientology. Chippendale has illuminated the secrets within this forgotten place. Multiple original horse-drawn carriages, lighted only by one window and the opening of the blue door.

From the schoolhouse light fixture down to the concrete floor, a mysterious space is revealed. Two autumn leaves suggest that the carriage house has not been a witness to fresh air for some time. New to the season, the broom is ever ready to sweep outside elements away before the door closes again. Read More

Expertise- Christopher Chippendale is an observational painter based in Cambridge, Massachusetts. He was born in southern California and received his training as a painter at Massachusetts College of Art (BFA ’89), and Boston University (MFA ’91). He is the recipient of numerous grants and awards  and is represented by Soprafina Gallery, Boston. In addition to his work as an artist, Chippendale has published critical essays on art, curated and juried many exhibitions, and had a distinguished professional teaching career. He has been a member of the Painting faculty at Mass Art for twenty years.

Chippendale’s paintings are based on perception. They reflect an implicit trust in what his eyes actually see. Paradoxically, however, for him, what his eyes see is fluid and mutable. As Plato suggested, appearances are fundamentally unstable and relational, subject to distortion both from without as well as from within. This paradox interests the artist because the problem of establishing what is “true” is central to his work. He, therefore, paints parallel to what he sees, and to the unfolding changes before him. He is not engaged in copy work (a literal transcription) but rather translation – the materialization of the motif on the canvas through the fact both of physical paint and individual sensibility.