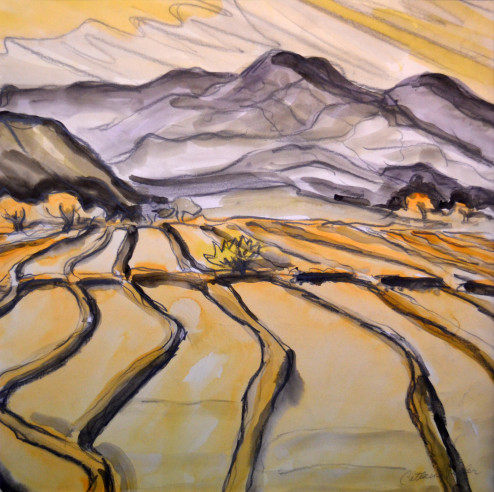 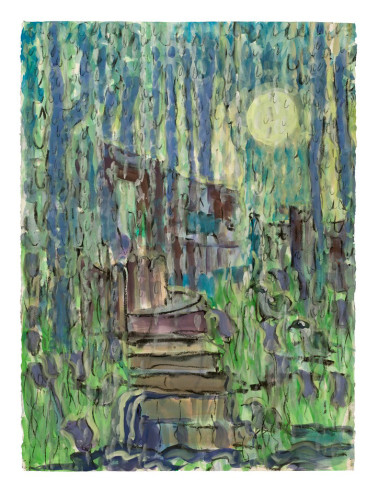 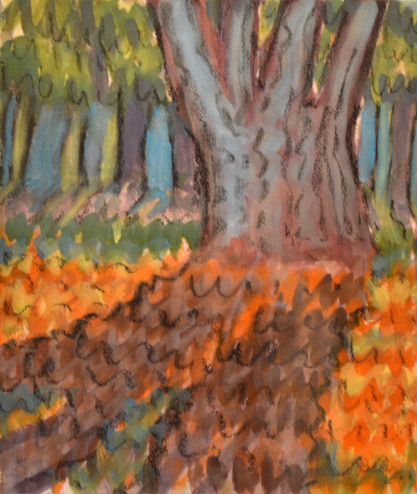 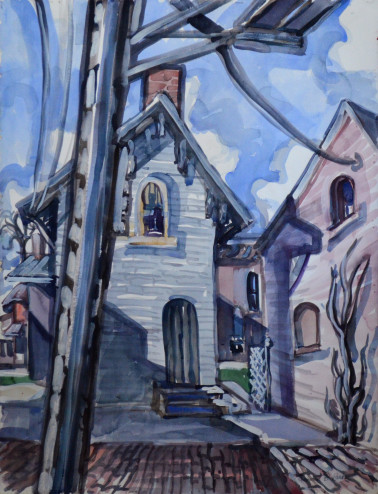 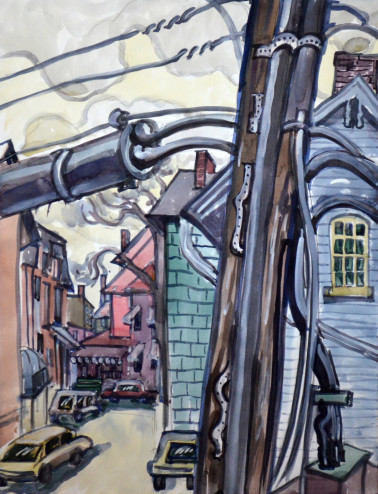 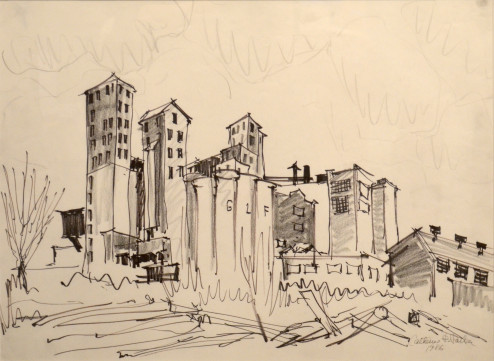 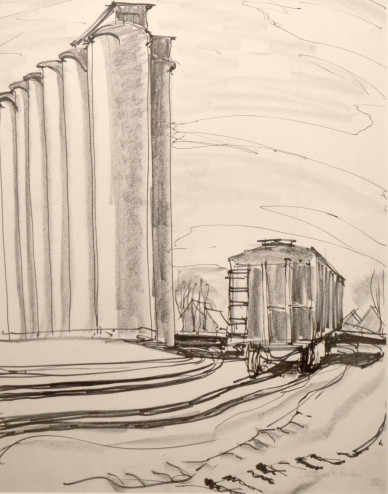 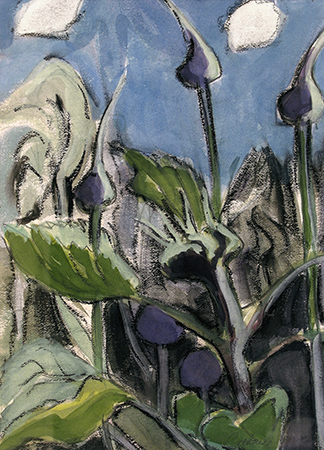 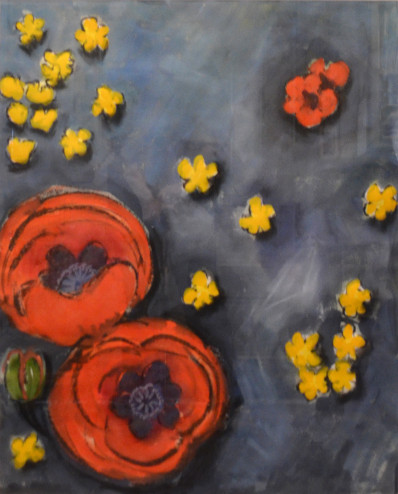 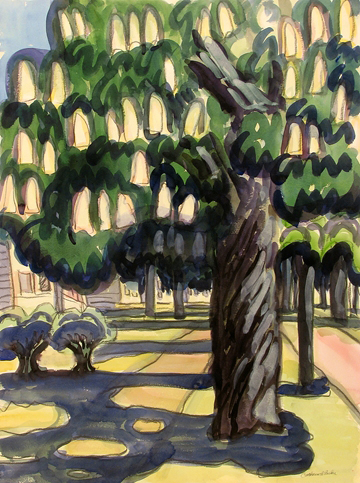 Catherine Parker was born in Gardenville, a small town just outside of Buffalo, NY. Her father was the well-known watercolor painter, Charles E. Burchfield. From both parents, she and her four siblings all learned a love of classical music and nature, especially the drama of weather and the seasons.

Growing up in the home of a painter, it was natural for Parker to want to become one. After high school, she studied for a year at the Buffalo Art Institute. But wanting to move away from the influence of her father, she left Buffalo to study at the Kansas City Art Institute in Kansas City, Missouri. She studied there for three years, where her principal painting instructor was Ross Braught.

After art school, she married Kenneth Parker, a fellow student. They lived for several years in Denver before moving to Amarillo, Texas in l956. Throughout those early years, Parker painted constantly and exhibited regularly.

In l975, Parker and her husband were divorced, and she subsequently moved to California. There she began painting again. Since at this time she needed to earn a living, she worked at various jobs, mostly teaching art, and substitute teaching in the public schools.

In l982, Parker made the decision to move back to Buffalo. For her, it was a kind of surrender, both to the necessity of pursuing a life as a painter and to accepting and appreciating the reality of being her father’s daughter. While she could not escape the obvious influence of a famous artist for a father, she went on to develop her own views and style, which are separate and distinct from his.

In the US, she travels regularly to California, New Mexico and Minnesota, where her three children and their children now live. The New Mexico landscape, with its vast sense of space, has a particular appeal for her. Biogtaphy from Catherine Burchfield Parker