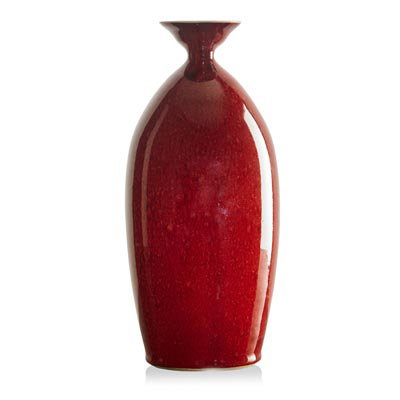 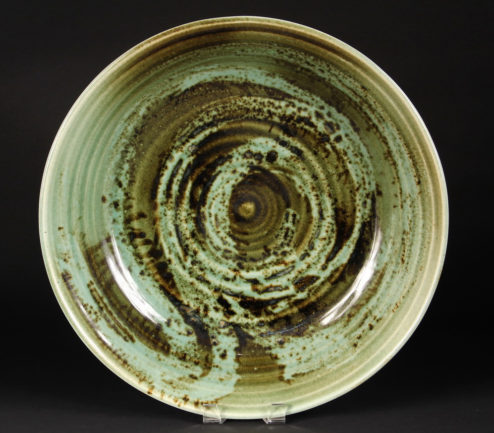 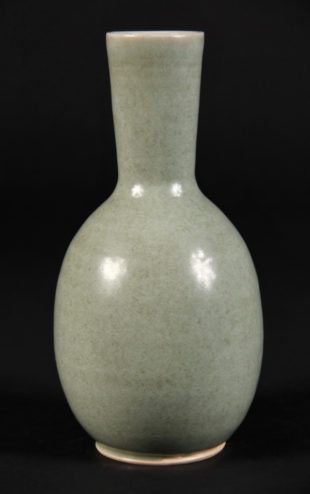 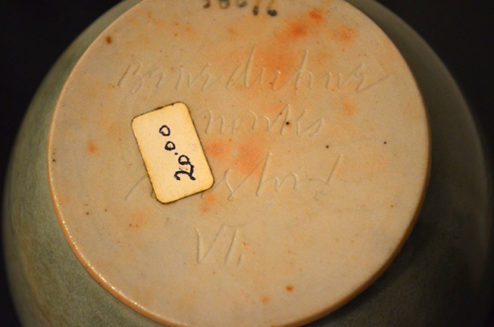 Brother Thomas was born in Halifax, Nova Scotia in 1929. He graduated in 1950 from the Nova Scotia College of Art and Design and in 1968 received a master of art degree in Philosophy from the University of Ottawa. He began working as a potter in 1953 and later entered the Benedictine Monastery in Weston, Vermont. In 1976, he was a visiting ceramics lecturer at Alfred University, and was awarded a National Endowment for the Arts grant in 1983. He lived and worked in the monastery for twenty-five years but, feeling the need for greater artistic freedom left in 1985 to become artist-in-residence in the community of Benedictine sisters in Erie, Pennsylvania. Brother Thomas’s elegantforms are completed by a vivid array of glazes, which he created from natural materials. He has had numerous exhibitions in galleries and museums and his works are included in over 80 international collections including the Museum of Art in New York, the Art Institute of Chicago, the Museum of Fine Arts, Boston, and the Victoria and Albert Museum in London. Brother Thomas died in Erie, Pennsylvania in 2007.

2005 Book, This is the Day, Work and Words of Brother Thomas, Pucker Art Publications, Boston, MA.