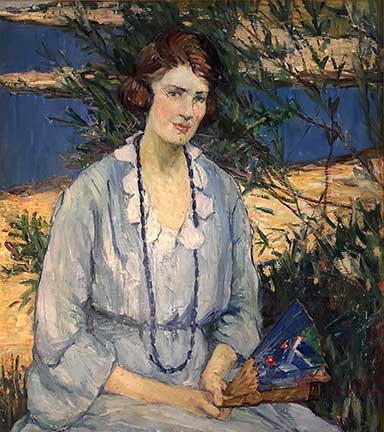 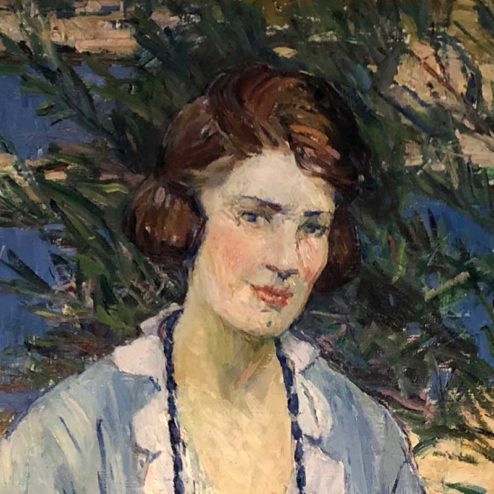 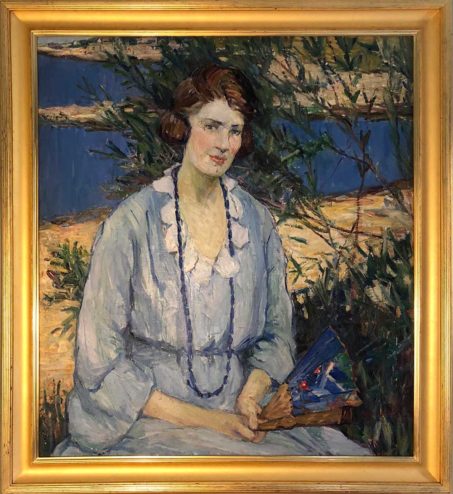 Born in Alton, Illinois in 1870, Agnes Millen Richmond was considered one of the key women artists who, along with frequent co-exhibitors Jane Peterson and Rhonda Holmes Nicholls, taught art students in the early 20th century. She studied at the St. Louis School of Fine Arts and continued her studies at the Arts Students League in New York with Twachtman, Appleton, Clark and Kenyon Cox.

Primarily known as a portraitist, Richmond is particularly noteworthy for portraits of women and children in pastoral scenes in Gloucester and Mountainville as well as more urban New York interiors.

Richmond’s ability to present an image of both American indoor and outdoor life in which women and children appear at ease in both their dress and their relation to the setting is seen in most of her portraits. Additional highlights of the estate include several fascinating portraits set with Japanese prints in the background by Richmond as well as outdoor landscapes of Gloucester, Mass.